This page describes projects I’ve worked on apart from my research. This includes my philosophical work and other projects related to my interests. 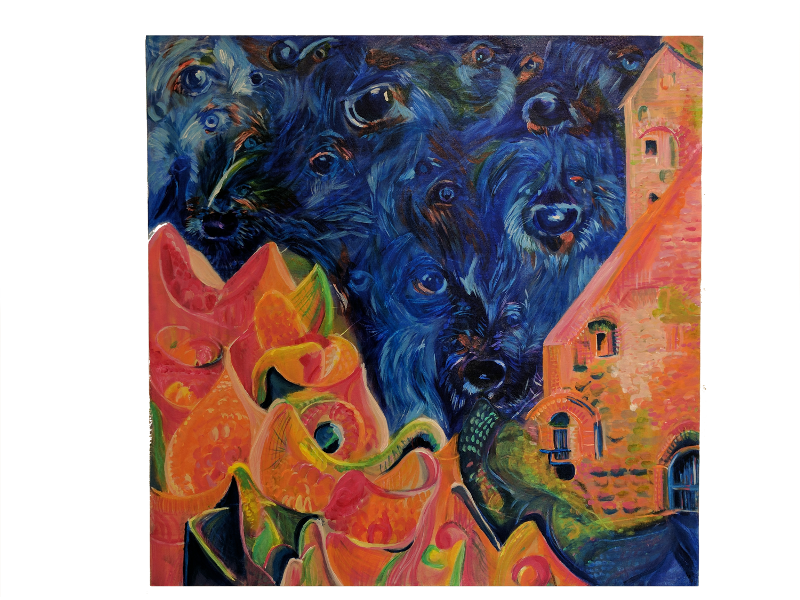 I worked with Hannah Zuber at Drake University to develop a painting that melded our interests. Several students in STEM fields were enlisted by the art department and paired with an art student to create works to decorate a new building. We were supposed to combine our scientific interests with the artistic interests of our partner and develop a joint work melding these interests. I brought my work in computer vision and machine learning and built off of Hannah’s interest in abstract art.

Building off of the work from Google’s DeepDream process, Hannah developed a base image to feed into the DeepDream process. Check out the evolution of the painting! The first image is the initial version of the painting. Below you can see the three filters Hannah used to incorporate into the painting, which features they picked out in the image, and how Hannah brought those out in her work. Below that is the second round of filters used and how they modified the image. The final work takes these and incorporates them as well.

See this article for details on Hannah’s thoughts on the process. See the full-size image! 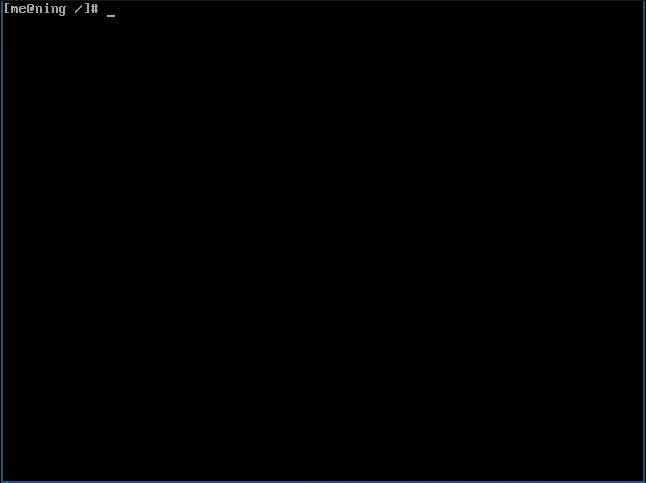 This is a short film I created for my Existential Films class, depicting Nishitani Keiji’s three stages of nihilism through the viewpoint of a computer user.

This short film is intended to present a case study (two, really) in nihilism. Quotes from Nishitani and Nietzsche are intended to enhance the philosophical feel of the film.

We first see a computer boot and a user log in. The user is struggling to find meaning, while we hear a quote about the first stage of nihilism. This stage occurs when an individual recognizes that there is no central purpose in life to strive for. Thus, being unable to find meaning, our user despairs. You can see this despair in the user frantically typing the same command, searching for meaning desperately, to no avail.

The user then sends a message to everyone logged into the machine, asking if anyone else is there. Getting no response, the user checks to see their username and see who is logged in. They see that they are the only person logged in: alone in the world. This idea of not having any connectedness in the world is a depiction of the fact that there is no real meaning to be found in the totality of humanity. Rather, we are all alone in our attempts to either find or create meaning.

We then see the user attempting to find and communicate with a god. This is unsuccessful, and god is nowhere to be found. This third stage of nihilism is recognizing that the metaphysical worlds we create in which there is a god are illusory.

Ending 1: The user executes a fork bomb here. This is a function that spawns a process, then waits for that process to terminate. This spawned process itself spawns a process and waits for that to finish. Of course, that process does this as well, ad infinitum. The end result is the operating system freaking out and potentially crashing. In the film, the machine crashes and shuts off, giving a digital depiction of suicide. The user, unable to cope with their illusions being shattered, “kills themself” in a sort of Sartrean turn.

Ending 2: The user begins by killing any processes run by username “god” and then creates a user named god. This is intended to show the user’s killing god, then becoming god. Logging in as god of my_domain, we see that the user has indeed become god and begins a creative process to “make meaning” which compiles a program. What program is compiled is not shown (actually you can see the user compiling emacs, which just happened to have a nice make sequence to display), but clearly the user has found that there is no inherent meaning. They must make their own meaning, hence overcoming nihilism.